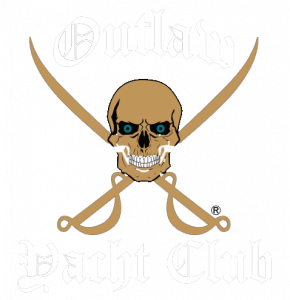 You are here: Home / About Us

The Salty Tale of The OYC

The OYC was formed in 1995, by former members of the board of the PJYC. As members of the PJYC board, they implemented procedures to make the club profitable while eliminating the strangling debt.
Increasing interest in memberships fostered a change in attitude and expectations.  Rafting parties expanded to include the towing out of yacht club docks anchored behind the boats for a band, frozen drink mixers and deck chairs. Summertime became “cruise time “as destinations were set for FUN (Atlantic City, Foxwoods, Mohegan Sun), FISHING (Montauk, Bayshore, Patchogue and Babylon tournaments)

As the activities became more diverse, there was a division of PJYC membership on how to move forward. Many of the members were flying the “Jolly Roger” on their vessels, creating a “Pirate” or “Outlaw” image hence, the burgee was created using the influence of the Jolly Roger.
Members choosing to join the OYC were asked to attend an organizational rendezvous at the “Red Parrot” restaurant and pub in Newport Rhode Island resulting in the creation of the brotherhood known today as the “Outlaw Yacht Club”.
The Outlaw Yacht Club is now open for membership and is accepting applications for new members!! With the infusion of new members we will enjoy many “happy hours” together at many different locations.
The Outlaw Yacht Club will be meeting regularly to discuss upcoming opportunities, events, new and old business.
Every member receives a membership card which grants access to the club meetings and member discounts.
Check us out on Facebook, Instagram and Twitter.
There is lots of great Club Exclusive merchandise available in the quartermaster and bounty section above… so don’t forget to check that out!!!
Don’t forget all members get a great discount on all Outlaw Yacht Club merchandise!